This is the archery game that connects to a smartphone via Bluetooth and uses augmented reality to battle invading zombies, dragons, or medieval soldiers.

Read more
In Stock - We regret that this item is no longer available.
$29.95

Qty
You may also need

This is the archery game that connects to a smartphone via Bluetooth and uses augmented reality to battle invading zombies, dragons, or medieval soldiers. A smartphone attaches to the back of the bow and two free iOS/Android apps show one’s natural environment combined with targets, monsters, and enemies in vivid graphics. An avatar with a bow and arrow appears on the smartphone’s screen and a quick pull-and-release of the bowstring sends virtual arrows at forces that appear to be invading your territory or castle. Conquering each stage earns enhanced weaponry and unlocks more difficult levels. Requires two AAA batteries. Ages 8 and up. (1 1/2 lbs.) 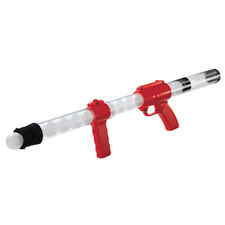 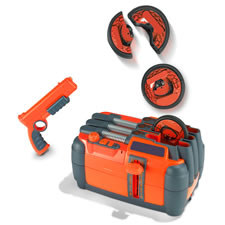 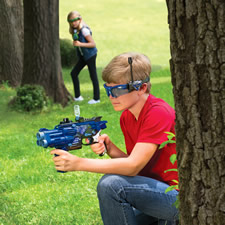 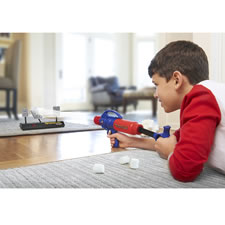 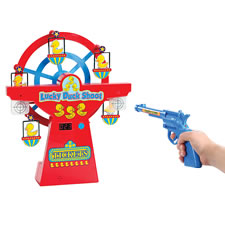 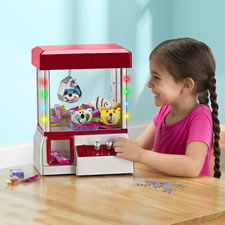