This is the personalized book of articles that chronicles the on-pitch exploits of a soccer fan’s favorite team.

This is the personalized book of articles that chronicles the on-pitch exploits of a soccer fan’s favorite team. Procured from the archives of the UK Daily Mirror or Daily Record, each book presents memorable highlights from the last century, drawing from a list of select teams that play within the English Premier League, English Football League Championship, or the Scottish Premiership. Fans can revisit their team’s celebrated games and star players from the paper’s unique perspective, from one of the “Big Four” franchises such as Arsenal or Chelsea to Manchester United, who won 13 English Football League championships. Each historical page is reprinted to show timeless headlines, articles, photographs, and advertisements. The traditionally bound book displays the recipient’s name, “UK Daily Mirror” or “Daily Record”, and the team’s name stamped in gold on the tan leatherette cover. Specify recipient’s name (up to 24 characters) and team (Arsenal, Aston Villa, Celtic FC, Chelsea, Everton, Leeds, Leicester City, Liverpool, Manchester City, Manchester United, Newcastle, Nottingham Forest, Rangers FC, Tottenham Hotspur, and West Ham United). Each book contains approximately 70 pages printed in black and white on off-white paper. Hardcover. 15" H x 12 1/2" W. (3 3/4 lbs.)

Customer ReviewsCustomer Reviews 5 (1 Reviews)
ShippingShipping
Available for shipment within Contiguous US and Canada.  Excludes APO/FPO and PO Boxes.  No Expedited shipping available – ships via standard shipping.
May we recommend 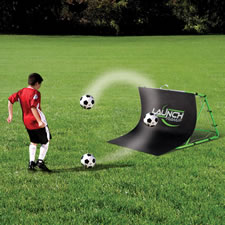 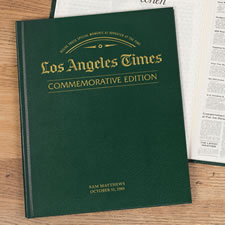 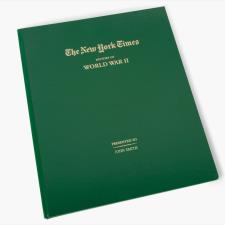 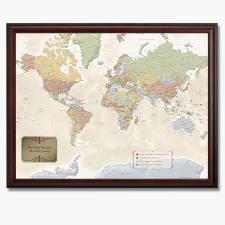 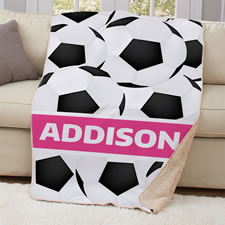 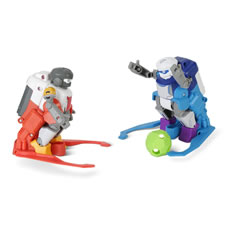