This puzzle recreates some of our nation's most architecturally diverse cities not only in three dimensions using scale-model buildings, but also along the axis of time.

Read more
We regret that this item is no longer available.
$39.95

This puzzle recreates some of our nation's most architecturally diverse cities not only in three dimensions using scale-model buildings, but also along the axis of time. Spanning the continuum of each town's architectural history, the puzzle includes plastic buildings that depict each city as it appeared in its infancy, as it looks today, and as it will appear in the near future. Each puzzle contains well-known edifices, such as the Empire State building in New York City, the Lincoln Memorial in Washington D.C., the John Hancock Center in Chicago, and Caesar's Palace in Las Vegas. The buildings fit into pre-cut holes in a traditional 2D jigsaw puzzle with streets that glow in the dark to give a realistic night-time view of each municipality's thoroughfares. Includes a guidebook that provides a history of the city. Ages 8 and up. (3 lbs.) 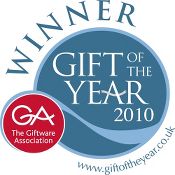 The Over The Sill Low Profile Air Conditioner

The Any Music Format Stereo