Meticulously handcrafted only for Hammacher Schlemmer, this is the chess set that replicates the carved walrus ivory chess pieces unearthed on the Isle of Lewis in 1831.

Meticulously handcrafted only for Hammacher Schlemmer, this is the chess set that replicates the carved walrus ivory chess pieces unearthed on the Isle of Lewis in 1831. Believed by antiquarians to have originated in 12th-century Norway—and lost near the Outer Hebrides which was part of a greater Norwegian kingdom—the original pieces now reside in the British Museum in London and the National Museum in Edinburgh. Made in Dublin, Ireland—where Norwegian Vikings had established a major settlement in the 9th century, just over 300 miles away from the Isle of Lewis—this set’s pieces and 14 1/2" sq. board are carefully molded from crushed Irish limestone stone and will not crack or chip. King is 3 1/4" H. 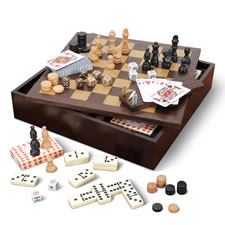 The Complete Classic Board Game Compendium 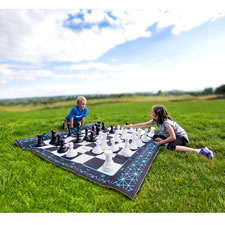 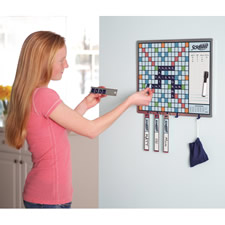 The Walk By Scrabble Board 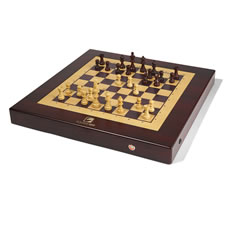 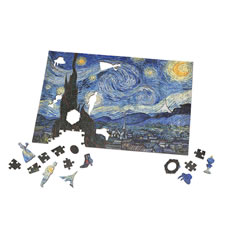