This is the book that contains exact reproductions of The Washington Post articles chronicling every major campaign and battle from the Korean War.

This is the book that contains exact reproductions of The Washington Post articles chronicling every major campaign and battle from the Korean War. Written by correspondents on the front lines of the war, each article was published between 1950 and 1953 and provides first-hand accounts of decisive events, from the Soviet-backed North Korean invasion of Pro-Western Republic of Korea to the armistice signed on July 27, 1953. Each article is reproduced at the same size as when it originally ran, accompanied by secondary articles, photos, and advertisements that capture the impact of the battlefield to the home front and the beginning of the Cold War. The black leatherette cover features gold embossing and can be personalized with up to 22 characters. 156 pages. 15" W x 12" H x 5" D. (4 lbs.) 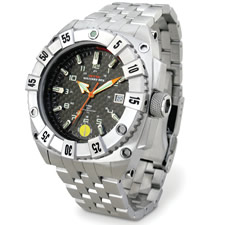 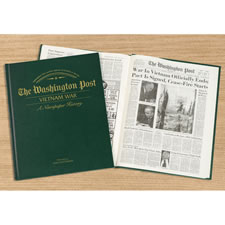 The Original Vietnam War Articles Of The Washington Post 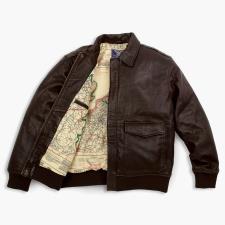 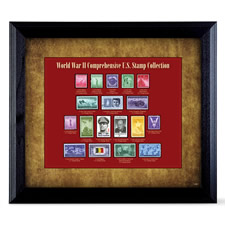 The Classic Cotton A-2 Bomber Jacket